ARTIST PAIGE TIGHE WILL FACILITATE HAND HOLDING AT FOX EGG GALLERY AFTER WALKING WITH PEOPLE IN NINE CITIES THIS SPRING IN THE “WALK WITH ME” PROJECT, June 29, 2013 1-4pm

What does walking hand-in-hand mean when the handholders aren't parent and child or lovers? What could it mean? Los Angeles artist Paige Tighe will explore these questions --and whatever other issues come up-- with Minneapolis community members and gallery goers as she asks volunteer partners to hold hands together from Fox Egg Gallery. Hopefully local volunteers can show gallery goers their neighborhood.


Along with the participatory element of the event, all of the writings, some photographs, and Tighe’s newly published Artist Book about her project “Walk with Me” will be on display.


A Desire for Connection


"I began the project in LA out of a sense of frustration about the terms of everyday touch in America," says Tighe. "I was having a massage, and as the masseuse began working on my hand, all I wanted to do was hold her hand. Not our of a romantic impulse, but from a simple desire for connection.


"What does it mean to live in a culture where people hug hello only rarely, almost never kiss each other on the cheek in greeting, and hardly ever take one another's hands unless they're sleeping together? And what would it mean and feel like to hold hands in public with people who've volunteered to experience that connection? I decided I was going to hold hands with as many people as I could." In LA, people spoke of dreams and aspirations, worries and plans, while holding Paige’s hand.


Tighe quit her job, put all of her belongings in storage, and is hitting the road to continue her handholding quest, which she's funded via Kickstarter. Here's the tentative schedule:

After the tour, she continued the project making posters at Double Dutch Press in Athens, GA, in Pittsburgh, PA, in Minneapolis—where she will working with Fox Egg Gallery--and in Half Moon Bay, California. Paige Tighe will be an artist in residence at the Half Moon Bay Residency this September.
Posted by SweetPea at 8:40 AM No comments:

I must admit I came to Pittsburgh pretty exhausted. Hung over truth be told. And it took me until the second day to be close to recovered. What came next was a migraine. So I was sort of limping through my event. I was drinking tons of water and a large Tylenol helped ease the sinus pressure which I think was migraine related not allergy related.
Cheyenne, a walker from my first time in Pittsburgh stopped by and brought along Lavi. We sat and chatted for awhile. Lavi had some burn marks on her arm that she said had been intentional which raised some alarm warnings. As burning oneself is not something I think is a smart idea. 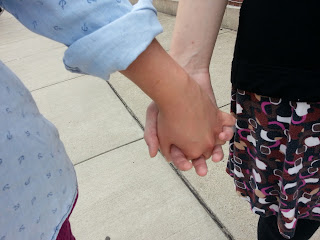 Lavi asked if I was up for a walk and I said yes. this walk pushed my anxiety buttons as I knew Lavi and I didn't agree on certain parameters of acceptable behavior but as per usual a walk will show you that you have common ground with everyone.
Lavi and I spoke about how she has an art partner in which she cuts her as an art practice. Once again I had to voice my opinion that this freaks me out. We kept walking and talking about art and her ideas about films she would like to make. Which included this idea of the 23rd century girl that is more open and trusting in their sexual practices.
We then spoke about saying no. That anyone always has the right to say no. they don't need an excuse or a reason, you can always say no. And that is a great lesson to take away from a walk. you don't need a reason if you don't feel right then you don't need to walk. There were some great lessons in communication in this walk. I wonder with all my reservations if we would have taken a walk if we would have had this conversation before hand. If I would have said actually I am feeling weird about this.
I am a hypochondriac so Lavi's burn marks set off a lot of nervous thinking...that somehow I could get sick being near her wounds. Which is pretty irrational as I didn't have any open wounds or touched any of her wounds. which for the most part were healing and not open.
This walk pushed me to a new edge of uncomfortablilty. Where Lavi and I were not going to agree but we could still talk, converse, and share energy that was positive. What an intense lesson to end on. While I take 3 weeks to prepare for the show at Fox Egg Gallery. 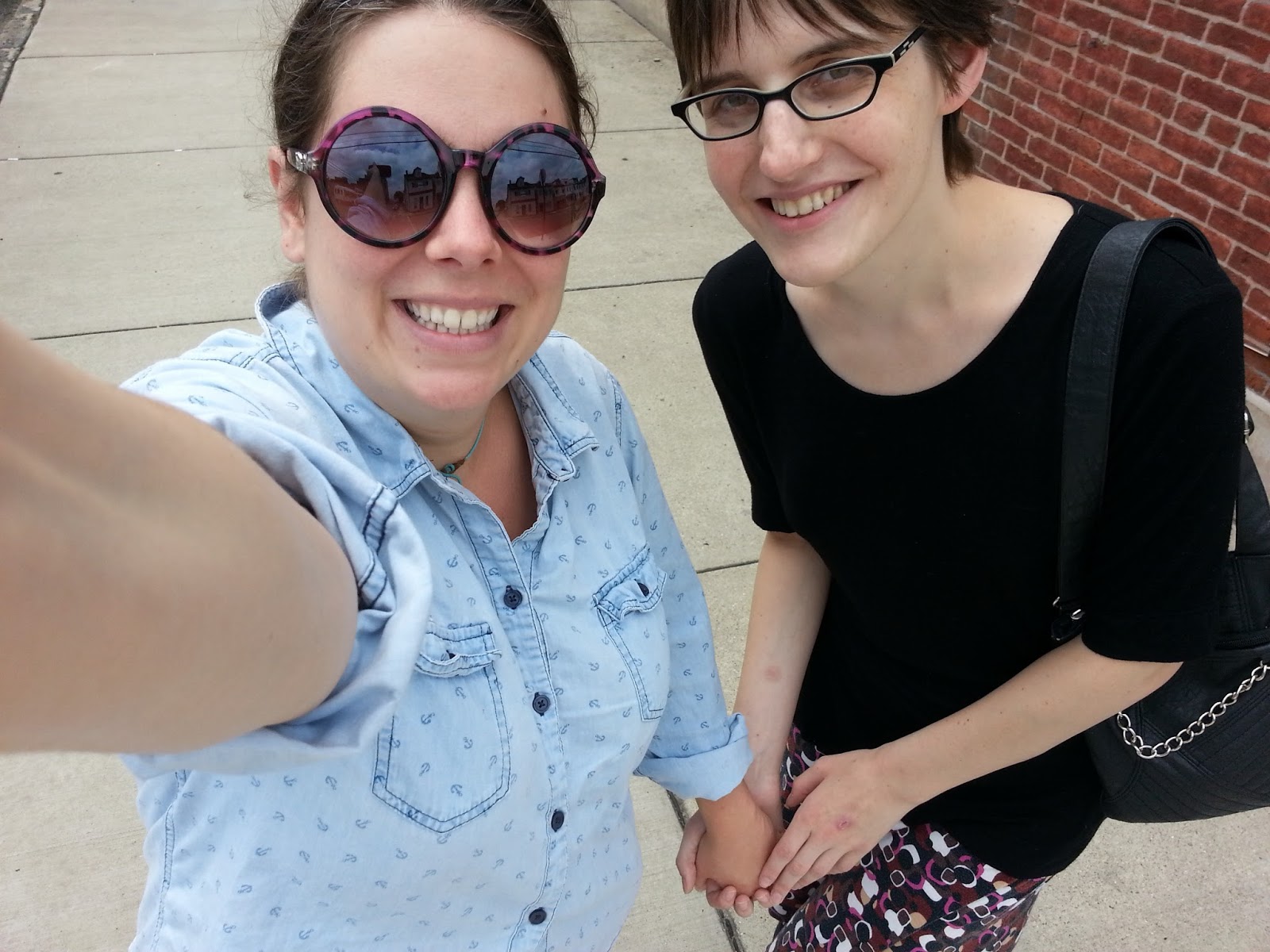 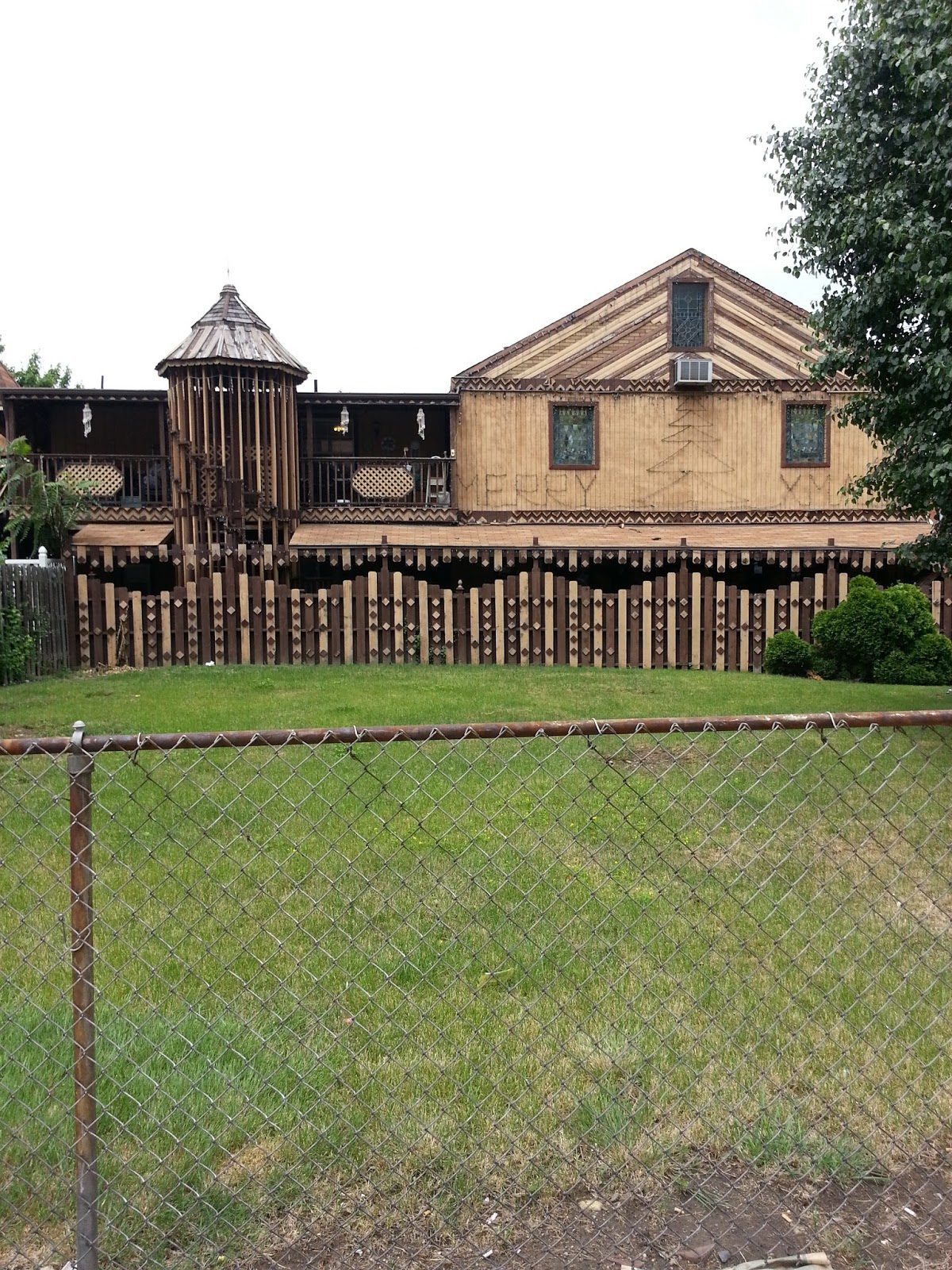 Posted by SweetPea at 8:52 AM No comments:

After finishing up the monotypes, posters, and getting to meet some great folks in Athens, GA. I was headed back to Pittsburgh to work with Edith Abeyta again. Edith is an amazing artist and more importantly one of the best human beings I know.
So I got into town and Bob, her awesome husband picked me up at the airport. I rested up and on Saturday at a Walk with ME event at The Brew house where Edith's show "Botanizing the Asphalt."
I had made a Zine in Athens that I got printed out and I folded up a dozen or so to leave at The Brew House. I sat down in the gallery and hoped for some walkers. 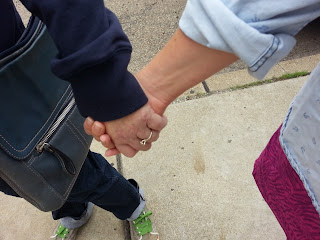 First Tierza stopped in. she is an artist that has a flyer in the show. She lives 2 hours away and made the trek for the event. She is in her late 50s and an artist.We had a lovely walk. We spoke about spirits transforming into animals after a person's death, we spoke about helping the elderly, art, and life in general.
While on this walk I thought about the way we speak about ourselves. The story we tell ourselves. In my case for decades I told a story of depression and sadness and being less than. The story we tell others. Often times we try to glamourize ourselves or have people pity us depending on what we need. And then there is the reality of our lives. Which I am seeing more and more as not as dramatic as we make it out to ourselves or others.
It was a partly cloudy day and cool. Which is great for walking. Tierza was very complimentary towards the project and we had a lovely time. 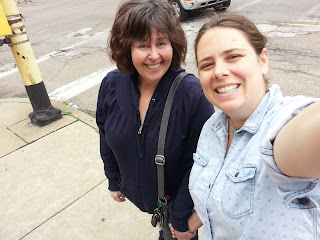 Posted by SweetPea at 8:42 AM No comments:

This is very tardy but I have traveled from Athens to Pittsburgh to Minneapolis in just a few days time. That is my excuse. 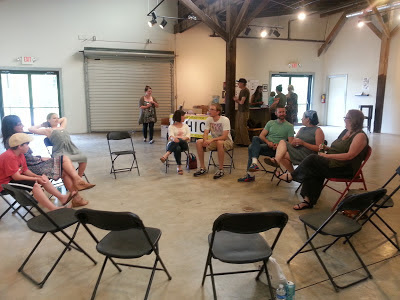 On May 30th, I gave an Artist Conversation at Athica in Athens, GA. It was an amazing experience as I didn't use the power point I had created for the trip about Walk with ME. But rather I spoke about myself and my practice and asked others to ask questions and give feedback. This then led to the question of how Athens could support this type of work.
I asked everyone to tell me their names, an art form they are interested in, and something they love about Athens. We had an energetic crowd and I learned a lot about Athens and got excited about the potential it held. There seems to be the mental space for art to grow here. I think places are less or more receptive and Athens seems ripe to receive as much art that can be made.
What was great for me is that I was nervous to present this work. This project a little out there. But people were engaged and asked some great questions. Athens is innately a creative community. It is a place where many people create some sort of art no matter their day job. I could have chatted for hours but it was hot and getting late. Leslie and Hope took me to Normal Bar and I had a Mermaid Tears...a drink I was told I had to try before I left.
I reflected on when I have gone to Artist Talks and with them being at a college or an art establishment I assumed a level of legitimacy. I ate up everything they said and presented as truth. Art isn't about truth. Art is about exploration and translation. I learned a lot as the presenter. As someone that people revere from a position of listener not presenter. It was a really good conversation that helped me start to digest this project.
Posted by SweetPea at 8:18 AM No comments: